Integrate for iSeries from Intec – making sure the message gets through at Northern Foods.

The UK food industry is a heavy user of EDI (Electronic Data Interchange), a standards-based format for exchanging business data. In addition, the UK food industry is an environment characterised by almost constant change. Mergers, acquisitions and customer demands all serve to deliver a fluid, sometimes turbulent business environment in which companies like Northern Foods operate.

The role of EDI is central to the operation of both suppliers and customers within the food industry. For Northern Foods the challenge is to integrate EDI messages from a range of different customers, with the 20 supplier companies that make up the group, and the centralised SAP solution that is core to the company’s business operations. To achieve this the company has implemented Integrate for iSeries from Intec.

In Northern Foods’ case the EDI enabler is INTERCEPT 400, a feature of the legacy systems within the companies in the Group. Integrate effectively sits between INTERCEPT 400 and SAP in order to translate EDI messages into application data.

The core features of Integrate have delivered considerable advantages for Northern Foods, a company that processes up to 3000 EDI orders per day. According to John Taubman, one of the most beneficial features is that

end-user customers don’t see Integrate at all. The reliability of the system means that they can all concentrate on their jobs and not on the effectiveness, or otherwise, of the system.

Integrate from Intec is also of benefit in the integration of new companies or brands into the Northern Foods stable. A speedier integration of an acquisition means that the EDI transactions can be deployed and rolled-out much faster than previously. And, if a customer wants to send information in a new way, perhaps to meet a new invoicing protocol, the changes can be integrated into the SAP system in weeks rather than months.

One of the features of EDI standards, is that different companies actually adopt different versions and in tweaking them to meet their own business needs the ‘standardness’ of the messages is eroded. A primary benefit of using an EDI integration tool as reliable and robust as Integrate is found in the ease of development and deployment of user defined rules at system, document and partner levels. So the different EDI ‘standards’ employed by customers can be accommodated, and changed as the customer requirements change, without compromising the value of the data.

Northern Foods e-Commerce Specialist Gordon Brooks considers the value provided by Integrate to be a key component of the SAP application.

Each legacy system we acquire or inherit is integrated into SAP. Integrate performs validation of the message and handles the allocation of inbound messages to the right Northern Foods company, and posts the message to SAP.” Data accuracy and system integrity is protected by the reliability of the Integrate system. He continues, “Integrate takes care of the logic that translates EDI messages into application data.

This provides a more usable view of data and enables the review and correction of exceptions, such as invoicing anomalies, to be quickly identified and dealt with.

Working with Intec has added yet more value to the Integrate implementation at Northern Foods. Both John Taubman and Gordon Brooks rate the expertise and response of the Intec professionals very highly. As John Taubman says,

The people we have worked with on the various projects have been highly experienced and knowledgeable. This has certainly helped us in our integration goals.

Integrate has proven to be of considerable value to companies that acknowledge the benefits of faster development and deployment of response to partner requests as well as problem resolution, and the integration of new brands and companies into a parent company. Northern Foods is one company benefiting from Intec’s technology and approach in the competitive environment of the UK’s food industry.

This site uses Akismet to reduce spam. Learn how your comment data is processed. 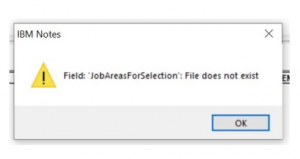